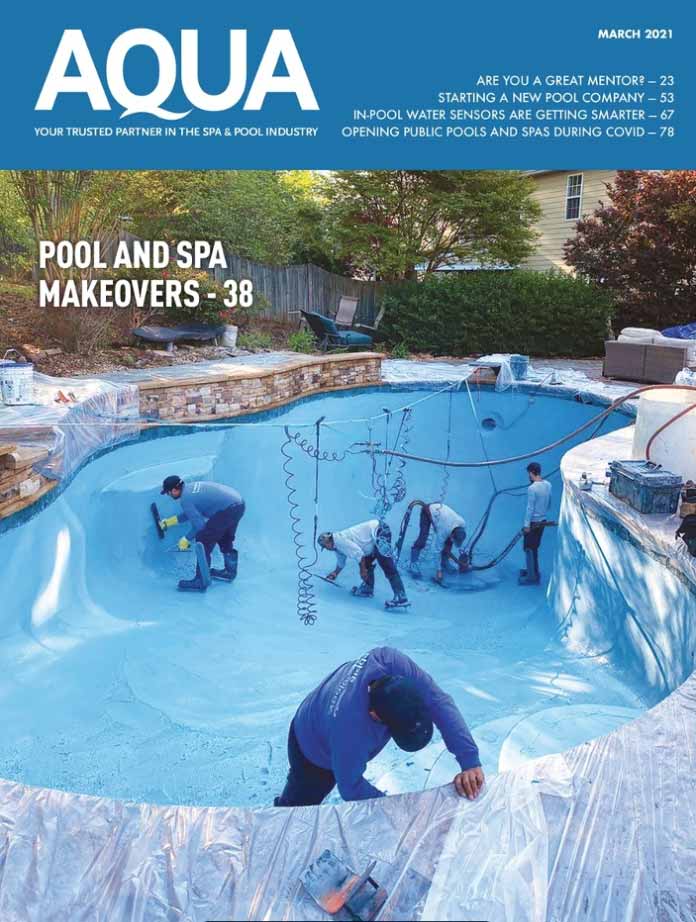 The pandemic ignited an explosion of backyard investment and activity that continues to reverberate to this day, as literally hundreds of thousands of potential pool owners entered the market, looking for the pleasures and relaxation our industry has been touting for decades. It’s been the pool story of this generation.

While the U.S. market saw a record number of new pool permit applications, just as strong was the renovation market, which in many ways can be more challenging than new construction. In fact, because most renovation projects involve outdated pools well past their prime both aesthetically and mechanically, unexpected complications can pop up at any time.

“Renovations are not for the faint of heart,” says Michael Durand, who co-owns J&M Pools in Senoia, Ga., with his younger brother, Jacob — without the least hint that he’s joking. “Every renovation project is going to have hiccups, which is why some builders don’t want to get involved in them. Remodels are going to be a little more work, but they also can be more profitable jobs.”

And often, the results of a remodel project can be stunning. With that in mind, AQUA asked three builders to share the details, challenges and rewards associated with some of their favorite renovations. 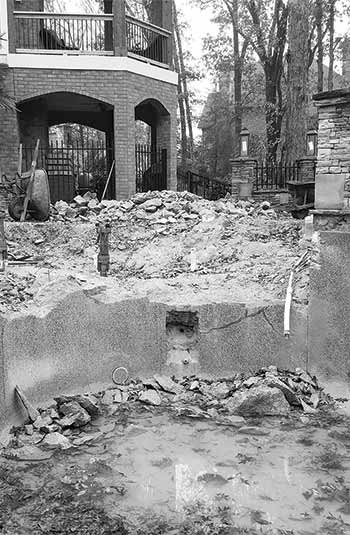 1. THE 'EARLIER THAN EXPECTED' PROJECT

One of the first pools J&M began servicing and maintaining back in 2009 (the company’s first year of operation) eventually became one of the company’s most epic renovation projects. About eight years after this vanishing-edge pool was built on the 18th hole of a golf course in Newnan, Ga., it began losing water. A thorough inspection traced the cause to a bad plumbing line in the in-floor pool cleaning system, and the damage was already compromising the deck and pool’s structural integrity near the pool’s entry. “The deck was so heavy that it actually started falling and pulling the pool with it,” Durand says.

In 2017, J&M crews demolished much of the side of the pool closest to the home in order to restore structural integrity. The company called in a structural engineer to help oversee the process, which was complicated by the pool’s hillside location. “The problem had probably been going on for a while, but we didn’t notice it until it cracked,” Durand says. “That’s when we said we need to do a significant remodel on this project.”

Communication with the homeowner is key in any project. But it’s particularly critical during a remodel, when costs can escalate quickly. In this case, because repair work already was required, the homeowner decided to modernize the pool without losing its distinct natural elements. J&M increased the number of spa spillovers to three, replaced the steps with a beach-entry shelf, installed new lights and added significant landscaping. “We make sure the customer understands that we don’t know what the total cost is going to be until we’re done,” Durand says. “If the customer understands that upfront, they end up being the best customers. They’re happy because we’ve not only fixed the problem, but we’ve made the pool better, we’ve made it prettier, and we’ve given it more integrity.”

The pool’s vanishing-edge wall remained structurally sound, but one-third of the shell needed to be removed and rebuilt; the spa was also rebuilt. The surface of the pool was overhauled and finished with a Pebble Tec shade of blue that also features gray pebbles and speckles of dark brown stones to create a medium-blue water color. Extra sparkle was added by blending in 30% aqua-blue glass beads with the finish. The overall effect contrasts sharply with the green landscaping and updated flagstone decking.

The price tag for this six-month project jumped from about $100,000 to $160,000, and it ended up being a larger undertaking than initially expected. But it remains one of Durand’s favorites. “It was the stepping stone we needed to really feel comfortable tackling any project, because there were so many facets to this one,” he says. “The goal when you do a remodel is to make it look like you built the pool, not like you added to a pool that was already built. This is still one of the top two prettiest remodels we’ve ever done.” 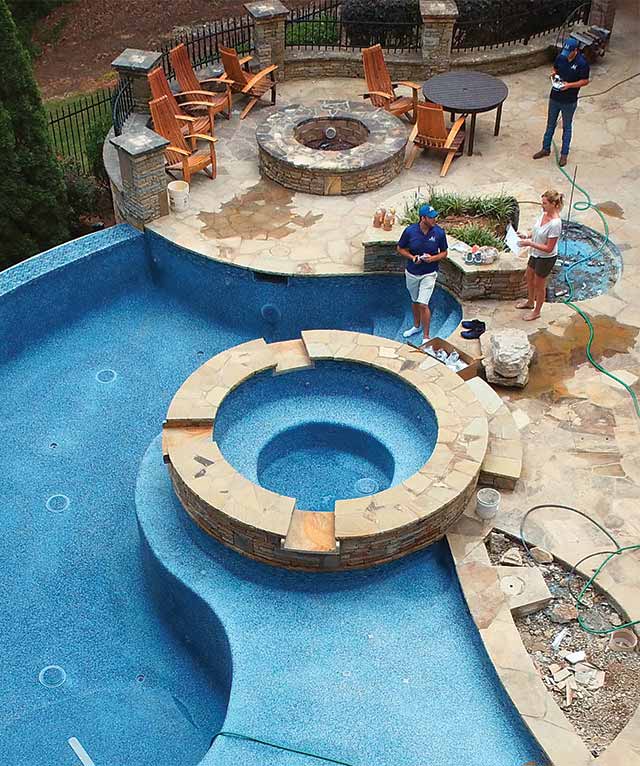 2. THE 'DO EVERYTHING YOU CAN' PROJECT

This sprawling 63-foot long freeform pool in El Cajon, Calif., was 25 years old and due for a major facelift. “The homeowner wanted a complete transformation of everything to make it look new,” says Scott McKenna, president of Gardner Outdoor and Pool Remodeling, based in El Cajon, Calif., whose company did exactly that over a two-month period in 2020. “Every time we uncovered something or the homeowner saw another possibility, they wanted to add to the project. There must have been 12 change orders.” Gardner brought in more manpower and asked crews to work on the weekends in order to keep the project on track, so the start of upcoming jobs wouldn’t be delayed.

The extensive renovation of the tired-looking, 25-year-old pool included the installation of new tile, finish, decking, mechanical and plumbing equipment, a fire pit and a full audio system, as well as an updated fountain and the creation of multiple shaded sitting areas. “We touched everything on this project,” McKenna says.

The installation of Pebble Tec’s PebbleBrilliance finish breathed new life into the pool by blending vibrant glass beads and natural stone aggregate. The pool’s broad expanse is accented by updated flagstone decking and coping, with shade structures that complement the water’s color. Gardner also oversaw updates to the landscaping, which resulted in a lusher, greener environment.

Among the more subtle but significant updates was the installation of a new set of entry steps, which added drama by doubling their number. “Instead of each step having a 1-foot rise, each step now has a 5-inch rise,” McKenna says. “Because there’s more of them, they go further out into the pool.” Artistic railings lend contemporary curves and enhance the pool’s welcoming appeal. New tile also revives a spa adjacent to the steps.

The initial marching orders for this decades-old, kidney-shaped pool in Austin, Texas, were simple: Replaster and retile to prevent any age-related leaks. Then, the homeowner began thinking about ways to update the backyard, which is nestled on the edge of the scenic Texas Hill Country. The client contracted with a landscape architect, who created a new vision for the pool. “It transformed from a small project into a significantly larger project; the initial price was $45,000, and the total project ended up being $280,000,” says Rob Scott, who oversees residential renovation sales for Austin, Texas-based Hines Pool & Spa. “The challenges started almost immediately.”

Originally built in the 1970s, the pool contained a limited shallow end, an all-but-forgotten spa (hidden behind foliage) and a deck in which the beautiful Texas Hill Country expanse and the pool competed with each other for attention. Hines’ crews shortened the pool’s depth from 9 feet to 6 feet while also rendering much of the original pool unrecognizable. They added a tanning shelf with lighted bubblers, installed two fountains and built a 21-foot-long wall with a 17-foot fire feature to replace the old deck. They also added new coping, tile, stone facing and lights.

One of the key elements of the landscape architect’s design was a cantilever deck over the pool on the side nearest the home (and completely opposite the original deck). Plans called for the deck to span about 10 feet over the pool, which essentially would have eliminated much of the pool space. Scott says the landscape architect firm based the deck’s dimensions on an outdated land survey rather than taking actual measurements in the homeowner’s backyard. In the end, Hines’ team assisted with correcting the scale and placement of the cantilever deck, as well as the fountains and fire feature (although the subsequent delays pushed the project’s duration to about two years). The result: cinematic views of both the updated pool and the surrounding hill country. “The thing that I’ve learned from this project is if a client is going to bring in a third party to do some aspect of the work, we need to meet with them prior to designs being finalized. Everyone needs to get on the same page,” Scott says, adding that he would gladly work with the landscape architect again.

The pool was refinished with a vibrant Pebble Tec PebbleSheen blue, accented by earthy brown and white pebbles to produce a medium-blue water color. “When we talk to homeowners exploring a pool remodel, one of the first discussions we have is about water color,” Scott says. “We ask what hues they like and note that the same color can look different based on the depth of the water, the color of the house, the color of the deck and the type of landscaping.” Although the same finish covers this entire pool, the tanning shelf (especially during the day) appears to be a different color than the rest of the pool because of its shallowness.

Despite the challenges, Scott still holds this wholly transformed pool in high esteem. “I feel blessed to have participated in what turned out to be a really significant project,” he says. “The client was just amazing through it all, and at the end of the week she would come out with a bag of groceries for every guy on the crew to take home. She was a very giving and generous person.”

In planning this backyard, the team at Phoenix-based Venetian Backyards knew it would be a years-long process.

The pandemic ignited an explosion of backyard investment and activity that continues to reverberate to this day, as literally hundreds of thousands of potential pool owners entered the market, looking for the pleasures and relaxation our industry has been touting for decades. It’s been the pool story of this generation. 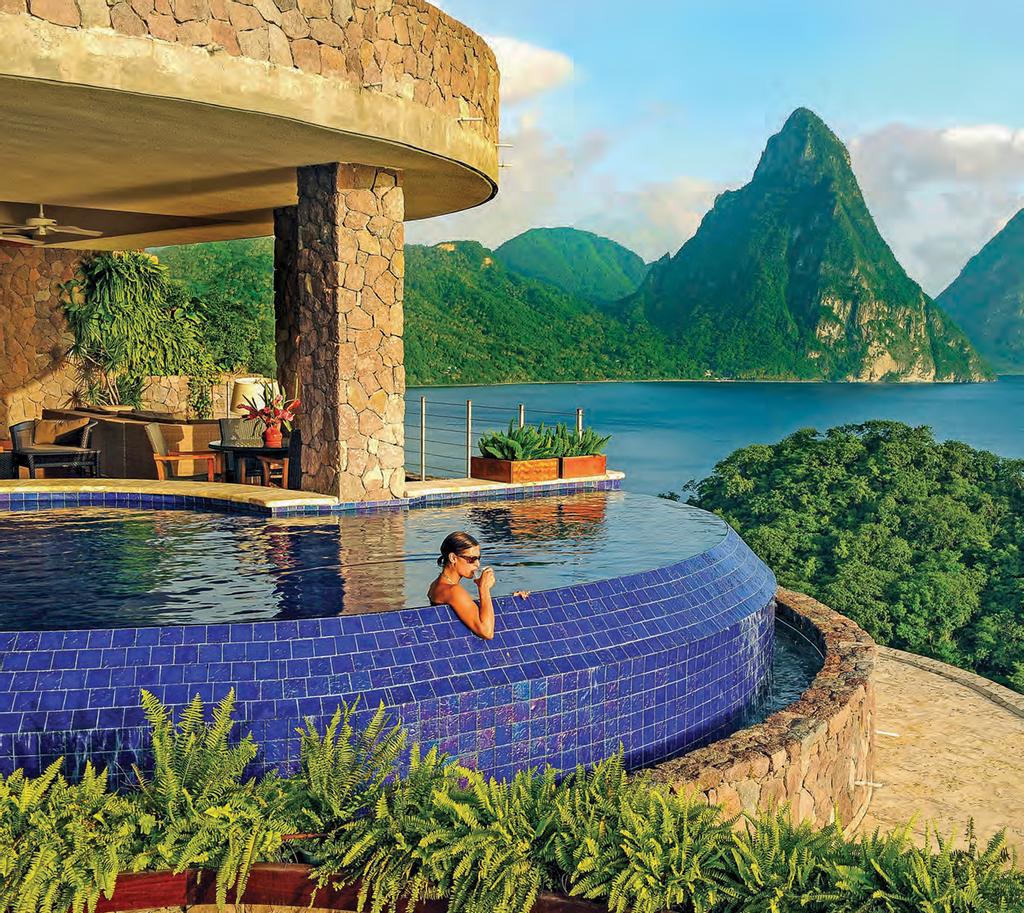 If the jewel of your outdoor space is your pool, an exquisite tile may be its perfect accent—bringing it to a whole other level of luxury. 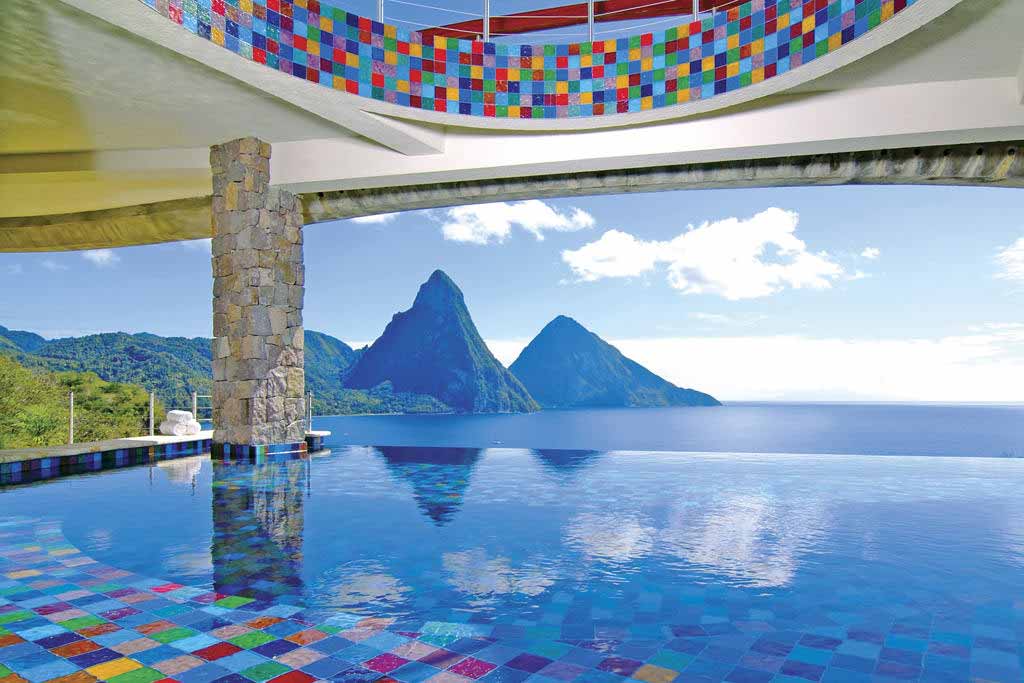 Glass tile has been on of, if not the, most distinctive material used in swimming pools. Applying the science…